I've been playing a lot of games lately on Google Plus (PC) and some games on my iPad. Google has introduced its Google plus social network for combating facebook's domination. I like some of the way that they have implemented games into the system.

I do have some major problems with the way that Google has set up their games system though when I want to choose a game to play. I have a single large picture to go by some of which shows an image of the game screen. Thats all well and good for those games I can make a decision on the spot to decided if that game is the type i would like to play.

Unfortunately some games turn based build a city/country type games are hidden behind a fancy front screen. Google needs to add an info button beside the play button that will show the user more information to make those decisions. Something like the way the App store gives the developers a space that they can advertise their Application.

Also Google has placed on the left of the Games tab a list of the games that you have recently played which is great but how do I remove games from my account. Yes you can go and revoke access to the apps but you cant remove them from the list of games.

I've been playing a lot of Angry Birds lately and one of the things that I think is missing is notifications when someone beats your score. Also I would like to see what the World highest scores are for the game and on the different levels. Sort of like Game Centre on the iPad does. 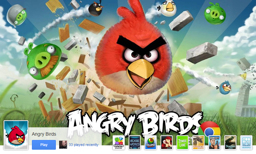 I've also played Bubble Island which has taken me back to my childhood playing Bubble Bobble. I love how simple this game is to play. Its definitely one that my nieces would love to play. 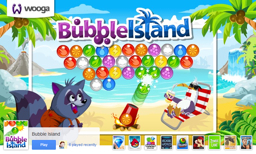 Since Google Plus games are not available on the iPad (as they are flash based games) I've been playing Zombie Gunship on my iPad its a iPhone/iPad compatible game and worth every penny. If you've played the level on Call of Duty Modern Warfare where you are in the gun ship and you have to use the weapon systems to destroy insurgents. Its basically like that except that instead of insurgents you have zombies with no body heat. Save the humans kill the zombie getting points that allow you to upgrade your weapons. Quite addictive. 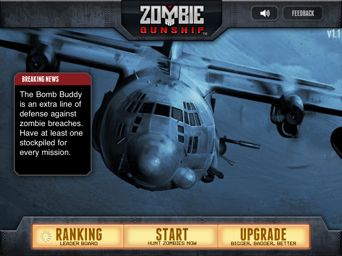